Antony Slumbers has over 20 years of experience developing and running online technology companies, primarily within the commercial office and property management sectors. He is a frequent speaker, author and social media contributor to global conversations. He is also Co-Founder at Real Innovation Academy which develops and delivers training programs for real estate professionals. A well-known and respected personality, we chatted with Antony about what’s happening now and what’s next for offices.

FuturePlace: Always great to speak with you, Antony! Let’s jump right in. What are your predictions for the office?

Antony Slumbers: Chaos. The descriptive word when we all are back is chaos. It’s very easy if everyone is in the office and it’s actually very easy if everyone is out of the office. But if we try to mix these formats without rethinking how we work, then we’re going to have chaos. There’s going to be a big divide between companies that have really thought about what they want to do and what hybrid means, what it doesn’t mean, and if it’s a good thing. And, how they need to adapt the way they work. I can see a lot of companies trying to implement hybrid simply on the basis of three days in the office, and two days out, and then we can simply meet on Zoom in between.

FP: Is that enough structure for success?

AS: Without managers and management thinking about how they manage a hybrid team and how the world of work is different from how it was, we’re going to get stories carrying on ideas like “Lauren was in the office, so she got the promotion.” All of the things people are complaining about now are because they’re trying to think about how to ride a horse when they’ve just transitioned to a car. Their mental models are all based around how we thought when we were all in the office, and it doesn’t work like that. It’s going to be a real mess – there’s going to be a lot of us and them. We’ll have a lot of quiet politicking like “it’s a shame he wasn’t here” and it will cause internal drama. I expect to see a lot of companies trying it for a couple months and deciding it’s too complicated, so they’ll bring everyone back into the office. Then we’ll be back to where we were before.

FP: What about the companies on the other end of the spectrum?

AS: Against that, you’ll get a lot of companies that are thinking about this as an opportunity to rethink how they work, why they work, what they do, where they do it, who they do it with, what talent they need and taking the opportunity of distributed work. They’re not going to get rid of their offices, but they’re going to use their offices with different purposes. Dropbox is a good example of this. They’ve specifically thought about what their people need to be as productive as possible and what they were missing when they were completely remote. They’ve even renamed their offices to studios, and the studios are like event spaces. There are no traditional desks and there are lots of meeting rooms. The idea is that you’ll do your focus work wherever you want to do it, and they’re giving their staff $7,000 a year to buy equipment or get WeWork or another flex office space. The studios will be used to do what you need to do with other humans. You’ll only go to the studio for a purpose, including socializing, and people will be a lot more deliberate with how they use a space.

FP: That system sounds like it’s dependent on knowing a lot about your employees.

AS: Yes – the wants, needs, and desires of how a person can work and be as effective as possible, and for the team to be that. All of that needs to be in the context of what’s good for the company. If you do that for individual and team layers, you get a much better idea about what someone needs to be as productive as possible. It’s only when you get to that granular level, that you’ll be able to work out what real estate you need. It’s going to take a lot of upfront thought and data.

FP: What are some ways that this data can be collected?

AS: Salesforce has decreed that every team needs to create a team agreement which says what they need, why they need it, where they need it, and when they need it. It’s nonsense if a company determines an employee will be in the office Monday, Tuesday, Wednesday; what if a client wants to see me on a Friday? I’m going to be in the office on a Friday. If you’re not careful, you can create a fake flexibility. My prognosis is that we’re going to get a big divide between types of companies. Companies are going to start attracting their types. For instance, there will be people at Dropbox who love going to the office and they won’t like how the company is now. So they’ll leave, but the company will attract people who do want that new type of work environment. There will be companies that require employees to be in the office every hour of the week and the people that want that environment will flock there.

FP: Is there a right way or wrong way for companies to behave in order to succeed?

AS: My hypothesis is that the companies that are looking at what has happened as the catalyst for fundamental change in how they think, how they work, and their real estate requirements, are going to become dramatically more productive than the companies that just iterate a little bit from where they were before. If they see being an office-centric company as an important part of their identity, they’re not going to make big changes. The companies that prepare as if there’s a new pandemic tomorrow and operate so people have access to everything all of the time, they will be super competitive. The companies to watch are the ones that start off trying to see how to leverage big change. Is this just an iteration of what we had before or is it a revolution?

FP: Revolution? Many people are calling this an acceleration of what was happening anyway.

AS: I don’t think it’s an acceleration. I think it’s a revolution. The acceleration would have taken 10 years or so. If you look at remote working, if it had carried on growing the way it had for the last 5 years, it still would have taken 10 years before companies became truly distributed and rethink how they use the office. I genuinely think it’s going to be very chaotic in many ways and it’s going to take 18 months, 2 years or more to see itself out. We don’t really know.

FP: Employees are making assumptions about what they need to be the most productive. When will there be enough data to truly optimize a workplace and how can tech support that?

AS: Companies should have this data anyways. This is something that people have been saying for quite a long time and it’s been known that you need certain data points to plan for new ways of working. There’s been agile working and activity-based working for over 10 years; there’s been a lot of talk about measuring and monitoring the effectiveness of offices through occupancy, utilization, etc. There’s been many studies. Many of the best companies will have this data already and many that weren’t there have hopefully been collecting data like this recently. The more we can learn now, the better we will be prepared for what’s next and the companies that fully grasp this, will be the leaders of tomorrow. 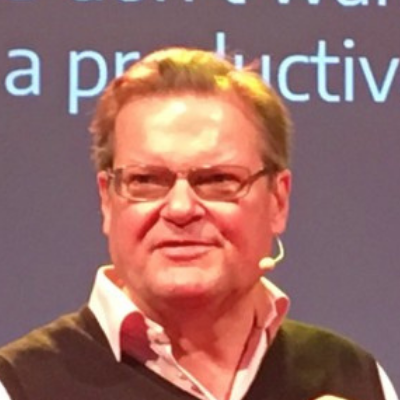 If you’re interested in learning more about the future of office space in a hybrid world from over 40 leading speakers including senior executives from Google, Patrizia, Investa, Atlassian, PGIM, Charter Hall, Lendlease, ISPT, GPT Group, HelloFresh, CBRE and many more, then request the brochure for the 2nd annual Future of Office Space Summit being held 23rd March.

REQUEST PROGRAM
Interested in being a blog contributor? Send us an email at info@futureplace.tech indicating you’re interest and we’ll contact you shortly.

Looking Globally towards the Future of Office.   Eric Schaffer is the CEO of Asia Pacific for essensys, the leading global provider of software and technology to the office space sector. As we enter 2022, the future of the office continues to be a key debate within...

Each of our biweekly FuturePlace newsletters feature an expert interview. Our conversations led us from trends and investment in PropTech to digital innovations in energy efficiency, evolutions in equality, and more. We are very appreciative for the insights these...