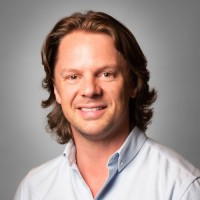 Darren Bechtel is a pioneer in the engineering and construction technology industry and is leading the charge to modernize one of the last industries to step squarely into the digital age.

As the founder of Brick & Mortar Ventures — the first and largest venture capital firm focused solely on supporting the commercialization of emerging technology to improve the design, construction, and ongoing maintenance and operation of the modern built environment — Darren is forging a new path in an industry his family and its eponymous global engineering construction firm, Bechtel, have helped shape for over one hundred and twenty years.

Darren’s Brick and Mortar Ventures announced in 2019 its $100 million fund backed by global heavyweights from across the construction value chain including Ardex, Autodesk, Cemex, United Rentals, Hilti, Obayashi, and Google sister company Sidewalk Labs. Darren and his team continue to invest those funds exclusively into early-stage AEC (architecture, engineering, and construction) and O&M (operations & maintenance) technology startups. Among Darren’s portfolio of over thirty-five past and present investments are notable startups PlanGrid, BuildingConnected, Fieldwire, Rhumbix, and BuildZoom.

Darren’s ethos is not that of a “disruptor”; rather, he is interested in how technology and early-stage risk capital can be paired with the skilled talent and industry expertise of established construction industry leaders to reduce the cost and risk of capital projects and make one of the world’s largest industries cleaner, safer, and more productive.

In January 2020 Venture Capital Journal named Darren to its “40 Rising Stars Under 40” list. He is a member of the Advisory Board of the Cornell University Program in Infrastructure Policy; a recipient of Builtworld’s inaugural “Mavericks Award”; and in 2019 was named to CRETech’s Leadership Board.

Darren attended Stanford University where he earned both a B.S. in Mechanical Engineering and an MBA. A fifth generation Californian, Darren lives in San Francisco with his wife Samantha, their two children, and their yellow lab Flash. He is an avid supporter of environmental conservation and STEM education and sits on the boards of local non-profit organizations The Golden Gate National Parks Conservancy and The Exploratorium museum of science, technology, and arts.