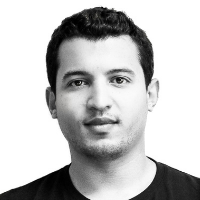 Othmane Zrikem is a Moroccan-French Data Science & Digital technologist. He is the Chief Data Officer and a founding member of A/O PropTech, where he designs and executes innovative investment strategies combining data-driven methodologies and financial engineering.

Previously, Othmane was Lead Strategist at the largest Data & AI consulting firm in Europe employing over 220 Data Scientists worldwide. During his tenure at Ekimetrics, he advised several Fortune 500 companies about digital transformation as well as Data Science & Analytics implementation roadmap. He has also been advising Paris for its Data City program as well as Taipei for its Smart City innovation program.

Othmane is a board member of several PropTech companies such as Qarnot Computing, VizCab, and Plentific, he is also personally invested in several European AI and FinTech Startups. He is a guest lecturer for Masters degree at Centrale Paris, ESSEC Business School and the Science Po School of Journalism.

Othmane holds a Master of Science in Management from EM Lyon and an Econometrics Bachelor from Sorbonne University. Othmane Currently lives between London, Paris and Berlin.