How technology is building the future of construction.

Matthew Barbuto is a co-founder at Ynomia and is leading the charge in innovation in the construction space. Ynomia digitizes real-world projects and enables the integration of emerging technologies to achieve breakthrough efficiency in time, cost, quality and safety, all realized through digital twin technology. We recently chatted with Matthew about his company, happenings in the industry, and how it’s going to evolve in the future.

Matthew Barbuto: My experience prior to Ynomia was in mergers and acquisitions at BHP, the number one global mining company. Previously I was with FMH Group, which is now Australia’s largest logistics services provider. At FMH, I was CFO, CEO, and, more recently, Executive Director. The blend of those experiences, and getting to learn from amazing deal makers and ambitious, growth-oriented entrepreneurs was motivating and was a big part of what moved me to create Ynomia. I had been exposed to a legacy industry evolving into digitalization, combined with a chance encounter with some amazing proprietary IP which was BLEAT, or Bluetooth Low Energy Asset Tracking, at CSIRO (Commonwealth Scientific and Industrial Research Organisation which is an Australian Government agency responsible for scientific research). This became the catalyst to create Ynomia and focus our efforts on helping construction become the world’s highest-performing industry.

FP: Where did the name Ynomia come from?

MB: Ynomia’s name originates with Eunomia, the Greek goddess of Good Order and Governance. The name reflects the founders’ shared vision of bringing new order to the organized chaos of construction.

FP: Very creative name and great reason. What do you think is the biggest challenge for construction today?

MB: I think many construction field execution problems actually stem from projects’ contracting phase. This drives many of the downstream problems and often results in a lack of collaboration and transparency. Whilst Ynomia is focused on supporting better project execution, I would love to operate in a world where construction contracts incentivized those involved in the design and build phases to share data more openly and leverage this powerful resource. I mean that in both a real time sense and also through better historical time series data. Then we could understand what is or isn’t possible in terms of project schedules.

FP: Speaking of data n how time has changed what we’re doing with it, how did the pandemic emphasize the importance of digital twins?

MB: For our customers, the need for real time construction data and remote monitoring rapidly accelerated through the pandemic. The natural by-product of that has been the need to have better visualization tools. With better tools, we can make sense of available higher velocity data and especially for users who aren’t as confident working in 3D yet. Digital twins, powered by autonomous data streams, make this powerful tool more accessible to project teams.

FP: Interesting! While we’re on the topic of teams, what’s the impact of Ynomia’s technology on labour?

MB: In a market where labour is in short supply, autonomous data collection tools like Ynomia’s have the clear advantage of being more accurate, reliable, and timely, which essentially drives better decision-making. However, the foundational benefit is that human resources are able to elevate their focus to higher-value activities and can leave the data collection to distributed sensing systems like Ynomia’s.

FP: That’s a great improvement. Can you dive into how your technology works in areas that GPS doesn’t work?

MB: Real Time Location Services (RTLS) indoors is a challenging technical pursuit, especially in GPS-denied spaces like construction sites. These places often have unavailable or inconsistent power and connectivity. Plus, the environment is constantly changing as construction progresses, new workspaces are added, safe workspaces become unsafe, and all with the implications for RF signal attenuation. We are fortunate to have partnered with CSIRO, inventors of Wi-Fi, to build a full-stack IoT platform specifically targeted at Construction. Now, all the design thinking in how the system is planned, deployed, and functions is with the relevant field conditions in mind.

FP: How do you see the construction industry evolving in the next five years? Ten years?

MB: It is an exciting time to be involved in construction. The adoption of new technologies and methodologies has enormous potential to improve safety and productivity, which are both hugely important. However, the greatest opportunity from my perspective, and this is a priority today and over the next five to ten years, is to leverage these emerging innovations to reduce the environmental impact of construction and the built environment more generally. This is the challenge and opportunity which will have the greatest future societal impact. 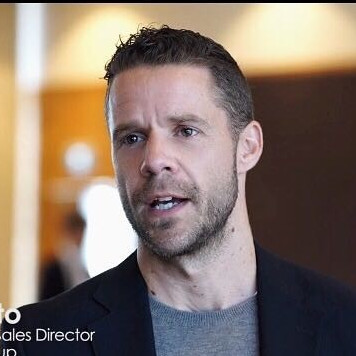 Matthew will be speaking at our PropTech NEXT Summit, taking place on 8-9 December 2021. Proptech NEXT is the most important regional event dedicated to built world innovation, technology, funding and matchmaking. Whether you are involved with office, industrial, construction, retail or residential… the Proptech Next Summit has got you covered.

Read more
Interested in being a blog contributor? Send us an email at info@futureplace.tech indicating you’re interest and we’ll contact you shortly.

Sustainability in Real Estate. Rebecca Jinks is the leading force behind Cushman and Wakefield’s sustainability advisory. We had a wonderful opportunity to discuss how environmental accountability and sustainability can drive profitability in the real estate sector....

Infusing Digital Twin Technology into the Built Environment. Ben Corser is the President and Managing Director APAC Matterport. We had an opportunity to discuss his transition into Matterport and the ins-and-outs of how digital twin technology is reconstructing the...

It’s 2022 - materials prices are rising each week, talent is as scarce as hen's teeth, and salaries have jumped 50% overnight!   The bolt from the blue that the world needed Whilst the short term pain is real, the construction industry will endure and has been...

Enhancing Efficiencies Through Technology. Bastian Uber is the Chief Digital & Information Officer at John Holland, and was gracious enough to share his insights on how digitalization is crucial for much-needed improvement of operational efficiencies in the...

Building Supply Chain Sustainability. Scott Cummins is the Chief Executive Officer at McConnell Dowell. We had the opportunity to speak with him about his experience running a major infrastructure construction company during a historic pandemic, and how that...