Duke Long has been called a beacon source of trust within the real estate industry. The Entrepreneur in Residence at Second Century Ventures and Owner/Broker at The Duke Long Agency, Duke has his finger on the pulse of global real estate from early stage companies through the industry’s giants. We recently chatted with Duke about PropTech, what he’s witnessing as far as innovation, and what wishes he would see more of, among other topics.

FuturePlace: As a result of the pandemic, what are some areas of PropTech that you are seeing the most evolution?

Duke Long: The pandemic brought more attention to processes overall. If you’re doing a mortgage and it takes a certain amount of time, how do you shrink that time or make the process more efficient? On the residential side, I saw evolution in everything to do with the house because everyone was stuck there. I’m talking about renting to buying to refurbishing and more. Construction Tech was another area. The entire ConTech ecosystem and lifecycle are unreal and there’s progress there because we have to, we need to. There’s growth around ESG as it’s now a mandated legal requirement in parts of Europe. There they have to meet a variety of requirements by 2025; meanwhile in the United States, we don’t have anything like that yet. Another area that’s taken off, even though it’s been around for a while, is what I call IoT for the house. There’s more money going into that as every person is a network now. On the commercial side, tenant experience is leading. That only matters, of course, if people show back up. Now, there are more ways to connect and communicate with tenants as well as apps that focus on health and well-being.

FP: You see a lot of innovation at your role. Can you tell us more about what you do?

DL: I’m with Second Century Ventures; we’re separate from NAR but NAR is our only funding source. We’re not a traditional VC in that sense because we don’t have to raise money all of the time. We have over 150 companies in our portfolio which covers the whole spectrum from solar to payment processing and on and on. We go across all verticals, and from an investment standpoint, we’re agnostic. We’ve had large successes in the past like Docusign and we’ve had other smaller ones that people don’t pay as much attention to, or haven’t yet.

FP: What do you do for companies that are part of the portfolio?

DL: Within that ecosystem, my job as the EIR is to help companies to grow, to scale, and to be connected within and outside of the NAR ecosystem. We’re more of a scale-up program than an accelerator. It’s really fascinating that I get to deal with companies of such a variety. Every year we pick out eight to ten companies on the commercial side and we go deep with them for six months or so. But we don’t just stop at the end of that six months. We’re finding there’s a lot more value beyond the basic curriculum and the program that we have. We expand into the entire ecosystem of business, real estate, and beyond and it’s a great place to sit because I get to see it all.

FP: What kind of companies does Second Century Venture work with?

DL: Say we’re looking at Commercial and we ask, “What companies should we look at?” Well, we can’t look at the ones we already have so it can be difficult to find companies that aren’t similar. Right now we have 150 companies. Companies apply and we whittle the list down. Last year 109 companies applied and we start by grading them. We slimmed them down to 50, then 30, and then we interviewed every company left. We ended up with eight companies. It’s a hard process and we keep it democratic but we focus on creating a diverse cohort. Some of the companies we talk to are already doing $5 million in ARR, some are pre-revenue. We take the whole spectrum and put every company through the process. The ecosystem we’ve created is amazing.

FP: What do companies gain from working with you?

DL: Our curriculum provides something every week. We have mentor meetings that are normally in person, but we do it on Zoom now, too. We’ll go to events together. We’ll have Bob Goldberg, our President, come talk to the companies about VCs, financing, and raising money and the companies ask him all kinds of questions. He should write a book someday if he hasn’t already. That’s just an example of what we do for these companies every week.

FP: What are some broker technologies you’re seeing that actually change how their jobs are being done?

FP: Well, what’s the challenge there?

DL: There are some companies and here’s how I explain that. The broker is the middle of everything; they start the transactional process and all the money in commercial real estate is made because brokers put deals together. So there might be a CRM tool or productivity tool or a data tool that they’re using to help do that, or to put it in the funnel and get it to close. There are a lot of people attacking that transactional piece in a very positive way to help facilitate deals. Having said that, the technology around the outside of them is very important.

FP: What do you mean the tech outside of those types?

DL: It’s been said that we have to build the equivalent of Manhattan’s square footage every month for the next 20 years just to keep up on this planet. Just to keep up. How many houses do we have to build, or should we build? I could go on and on. So while some ConTech doesn’t look like it’s helping a broker, it is.

So back to your first question, is there anything that’s come along in the last five or six years that really changes the broker’s life? I’m not so sure. There are still people out there who can do it all with a phone and a yellow pad. But does that mean it’s a bad thing? I’ll say this, and it’s been said plenty of times before: it’s not the technology that you need to worry about. You need to worry about the person next to you. That’s who you’re competing with, and whatever technology they’re using. What if they’re getting that deal before you? What if they’re finding data and information before you? What if they have a relationship built before you? You can only do the good old boy country club network, like I do, so much. At a certain point, how do you even know what you’re missing? That’s something to think about.

FP: What does the inflow of money into this area look like?

DL: A lot of money and a lot of VC dollars came in to help the ecosystem in general and it filters down to the broker who’s doing everything in a transaction. We have a company called Prodeal 360 and all they do is close. They’re a process closing software for institutional real estate like Brookfield and some of those big players. They did one of the largest industrial deals of like $5 billion. Can you imagine what it takes to do that? It’s lawyers, and lawyers, and lawyers for months. They have a processing software that gets everyone together and boom, it’s done. And, they’re doing it at a level where someone will lead 1000 commercial institutional transactions a year. How’s that helping the broker? Maybe it’s processing faster or the ability to get more deals done. That’s a broader question.

DL: Despite what you hear, real estate is still relationship-based. I’ve done deals where I’ve never met the people and that’s been more common as of late, but I’ve done many more deals through in-person relationship building and exchanges. Why would someone not expand their network beyond 30 miles of where they’re living? The ability to have zero borders now is fascinating. Software has no borders.

FP: How would you compare how PropTech is prioritized in Australia versus North America?

DL: Australia is way ahead in terms of compliances and certain standardization which is very positive in terms of a consumer or user standpoint. North America is getting there, but we always say we’re getting there, and we still have zero standards at a certain level. It’s not quite a free-for-all, but Australia is more advanced. Some of the companies brought over to the US find bigger success because we’re a huge market and they’re doing things better than us. However, good companies are good companies; it doesn’t really matter where they are. 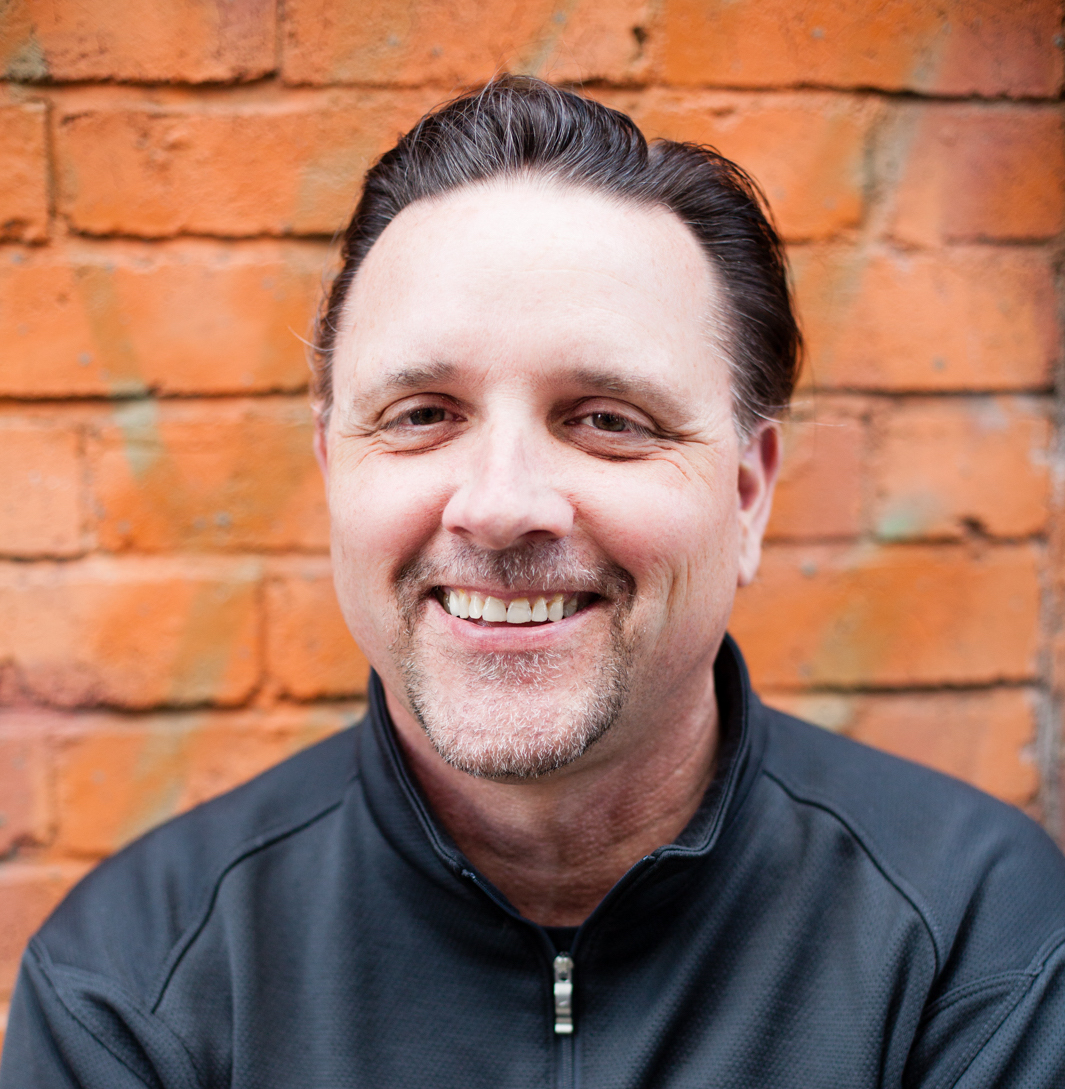 Duke will be speaking at our PropTech NEXT Summit, taking place on 8-9 December 2021. Proptech NEXT is the most important regional event dedicated to built world innovation, technology, funding and matchmaking. Whether you are involved with office, industrial, construction, retail or residential… the Proptech Next Summit has got you covered.

REQUEST PROGRAM
Interested in being a blog contributor? Send us an email at info@futureplace.tech indicating you’re interest and we’ll contact you shortly.

Looking Globally towards the Future of Office.   Eric Schaffer is the CEO of Asia Pacific for essensys, the leading global provider of software and technology to the office space sector. As we enter 2022, the future of the office continues to be a key debate within...

Each of our biweekly FuturePlace newsletters feature an expert interview. Our conversations led us from trends and investment in PropTech to digital innovations in energy efficiency, evolutions in equality, and more. We are very appreciative for the insights these...